Greetings everyone! We are excited to share some updates for Mysterium 2021!

Before you jump in, we have a few additional notes about registration this year:

If you purchased a Mysterium 2020 registration and elected to roll it over to 2021, please do not purchase an additional registration. We will contact all registrants who requested a rollover in the coming weeks to confirm and follow-up with a blog update. If you don’t remember whether you requested a rollover, please wait to see if you receive communication before re-registering.

The safety and well-being of our attendees is of utmost importance to the Mysterium Committee. As the state of the coronavirus is continually evolving, it is difficult to determine exactly how events or gatherings may look in July. That said, we reserve the right to require attendees to provide proof of vaccination against COVID-19 or a negative test prior to issuance of a badge and admission to the event space. Any such proof will be used solely for verification and will not be stored by either The Mysterium Convention or Falling Man Group.

As the situation solidifies in the coming months, we will be sure to provide updates as they are ready to be shared. Any associated policies will be listed on our Policies page, including any potentially relevant changes to our refund policy, if and when they are written.

All T-shirts ordered this year have been shipped! Many thanks to Odo for single-handedly taking on such an immense operation. If you have not yet received your shirt or an email with shipping information, please contact us and include your order number.

As a reminder, we are currently accepting event, Activity Book, writing, and art submissions from the community. For more information, please see our Submissions page.

Thank you all for your continued support; we hope you are all staying well and look forward to an opportunity to see everyone again soon. For our fans in the United States, have a safe Thanksgiving holiday.

We’ve gone through your 2020 survey feedback and are now kicking off Mysterium 2021! We have a few announcements to share.

Thank you to everyone who filled out the Mysterium 2020 survey. It gives us valuable insight and ideas for future conventions. There were a few recurring themes we noticed from the results:

You may have noticed a new channel, #feedback, on our Discord server. This is for providing suggestions and feedback, either for the server or the convention itself.

We know many of you are eager to receive the t-shirts you pre-ordered. Unfortunately the pandemic has made it difficult to collaborate on packing and shipping, but we are well underway. Shirts are being sent in batches, and we are around 75% complete. Please note that if you are outside the US, international shipping has been slow lately so it may take extra time for your shirt to reach you.

As previously announced, Mysterium 2021 will be held July 16-18 in Alexandria, VA, just outside Washington, DC. We’ll continue providing information over the next few months, but to start things off, we’re opening submissions:

More details, including information on how to submit your ideas and works, can be found on our Submissions page. This year’s t-shirt design will be the same as 2020. Pin designs were also previously selected earlier this year.

That’s it for now. We’ll be opening registration and hotel bookings in the next few months. In the meantime, happy Halloween and enjoy the Fall!

Thanks once again to everyone for making this year’s Mysterium a success! We had over 800 people registered, and our peak on Twitch was over 6,000 viewers! We have a few updates to share as we wrap up the convention.

If you have been waiting until the last minute to order a t-shirt, well, now is the last minute. We will be closing shirt orders this Saturday (August 22), and the next time you will be able to purchase one will be for Mysterium 2021. If you ordered a shirt, we will be contacting you soon, and we plan to ship orders in September.

If you registered for Mysterium, you will be receiving a survey by the end of August. Please fill it out – it gives us valuable feedback on what worked, what didn’t work, and what you’d like to see at future conventions.

We’ll have more news on Mysterium 2021 in the coming months. In the meantime, enjoy the last few weeks of summer!

Mysterium is just a few days away! We have a few more items to cover before the convention starts.

We have even more guests to announce:

See their full bios and the rest of the list on our special guests page.

There has been some confusion as to the use of Twitch, YouTube, and Zoom. The events on the schedule page are color-coded according to where you’ll find them. Events shown in blue are streamed to both Twitch and YouTube. Events shown in red are streamed exclusively to YouTube. Links can be found on the schedule below each event’s description. None of these items require Zoom to view them.

The third category, green, is for discussion rooms, which will be held on Zoom (think of the un-conferences and casual discussions that typically pop up during an in-person Mysterium). While the Twitch and YouTube streams will be available for public viewing, you will need to be registered for Mysterium, and must download Zoom, to participate in any of those discussion rooms. We will be sending an email to registered attendees later this week with more details on how to join those rooms.

Also, the nature of an online convention means that we’re able to hold multiple events at the same time this year. Don’t worry, though – all events (except for discussion rooms) will be recorded and posted to YouTube for you to watch later.

We will provide more information later this year about the printed book for next year’s in-person convention.

We are reorganizing the Mysterium Discord server with some new channels to use during the convention. To make it easier for you to know where to post, we’re putting everything in a brand new category: Mysterium 2020 Online! The full list of new channels and their descriptions can be found in the #rules channel on the Discord server.

You might have seen on our calendar that Eleri and Vee will be running an Unwritten campaign during this year’s convention! You still have a couple more days to sign up (please do so by August 5), using this form.

Hope to see you all online this weekend! 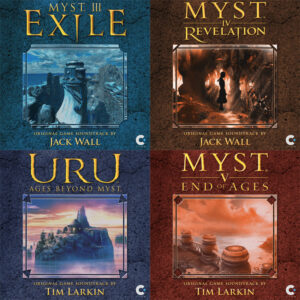 Registration is OPEN through August 1